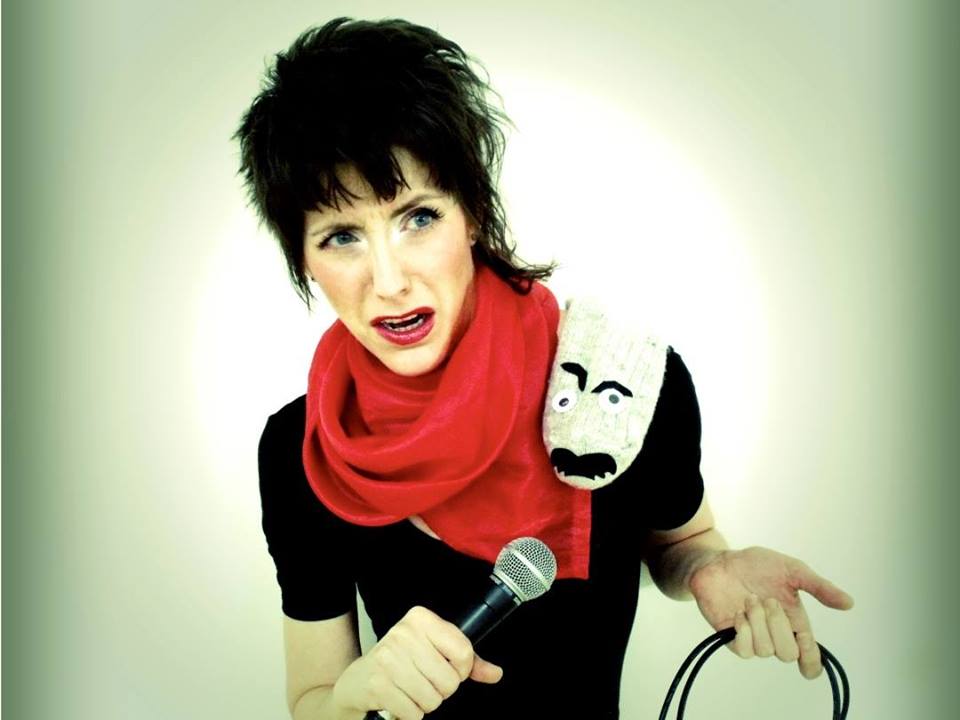 A young woman retraces all 100 miles of the Berlin Wall on her bicycle, uncovers the story of its Rise and Fall, and builds her own Wall of Sound using a strange arrangement of musical instruments. Featuring songs, slam poetry, and sock puppets(?!), Devon More’s Berlin Waltz is a highly entertaining personal travelogue through high jinx and history. Tickets $20 – includes decadent DESSERT and coffee/tea from Brambles Bakery & Café Friday April 12th 2019 Showtime 8pm / Doors & Dessert from 7pm Advance tickets available at Brambles & Black’s Pharmacy IDA. Immersed in a hypnotic original soundtrack, set against a backdrop of ALL NEW captivating projection media, “Berlin Waltz is a masterful blend of musical storytelling” (-Plank Magazine, 2016) that puts the Cool back in the Cold War. “This show is a work of art.” (-Radio CJLO Montreal, 2017) Award-winning playwright and nationally touring performer Devon More first brought Berlin Waltz to Merritt back in 2015. Her signature Cold War Cabaret now features NEW SONGS and updated instrumental arrangements (did someone say electric guitar?!?), backed by a stunning new video.

Join us today in #GoldCountryBC and check out all

In Quebec Sugar Shacks are a warm, inviting and fr

Did you know? Here in Canada National Volunteer We

Join us today and explore this authentic shop in #

Help us exhibit our region!

Many major routes that have been previously affected by floods and mudslides in the area of the Interior have now been repaired. However, many routes are not fully restored and have alternating single lane traffic.  Please plan your trip accordingly giving yourself enough time to allow for slower movement in these areas. Please be respectful of all personnel and equipment on the roads.

Please #KnowBeforeYouGo. Keep current with all travel advisories and be prepared. We are now in the winter season. Be prepared for winter driving conditions and check out the Gold Country winter ready check list!

Please see the following links before you make any essential travel plans. If you are already in Gold Country, please follow all local advisories: