Four brothers, Laurant, Pierre, Charles and Joseph Guichon, left their hometown of Savoie, France for the gold fields of the Cariboo, British Columbia. They became involved with the supply business, and quickly realised the potential profit in producing food for the influx of people to the region. The brothers soon purchased cattle and ranches.

In 1904, Joe Guichon purchased land in Quilchena. He opened the Quilchena Hotel in 1908 and the General Store in 1912. A social and recreational hub for the valley, it was hit hard by the effects of World War I and prohibition, eventually forcing the hotel to close. In 1957 Joe Guichon’s descendents bought part of the ranch back, and began to restore the hotel to its former glory.

The Quilchena Hotel has sixteen beautifully restored heritage rooms furnished with period antiques. During their stay, guests are invited to tour the working cattle ranch. The old wine cellar serves elegant fine dining dishes, while the café and saloon (complete with original bullet holes in the bar) offer mouth-watering casual fare. The hotel is open from May to October.

Built in 1912 to furnish travellers on the stagecoach route, the Quilchena Store is a treasure chest of gifts and supplies. Inside you will find an interesting selection of clothing, jewellery and art. The famous Pendleton Wool Blankets are a top seller with visitors.

Quilchena on the Lake Golf Course

This challenging 9-hole golf course, with well-manicured fairways and brilliant greens, is a fantastic way to spend a day or an afternoon. The Quilchena on the Lake Golf Course Pro Shop is fully stocked and includes a snack bar, licensed bar, outdoor patio and banquet facilities. The property also features a 25-unit full service RV park. The course is open from April to October.

Across from the Quilchena Hotel you find one of the finest spots for sailing and windsurfing. The long, narrow valley that was carved during the last ice age, funnels winds and makes this one of the best spots in the Province. Kamloops Sailing Association offers lessons on the lake during the summer months. Windsurfing is also very popular here, with great locations for the skilled boarder and for the beginner. The Quilchena Hotel and RV Park offer guests the chance to experience horseback riding and hay rides. Guests of the hotel can also rent mountain bikes for leisurely rides around the local scenic spots.

The protected wetlands on the Guichon Ranch (north end of Nicola Lake on Hwy 5A) are popular with birdwatchers and wildlife enthusiasts.

Enjoy tasty dishes that are served in the historic dining room or have some great food in the saloon in the Quilchena Hotel. 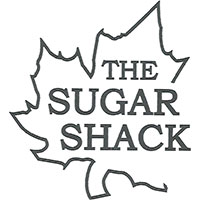