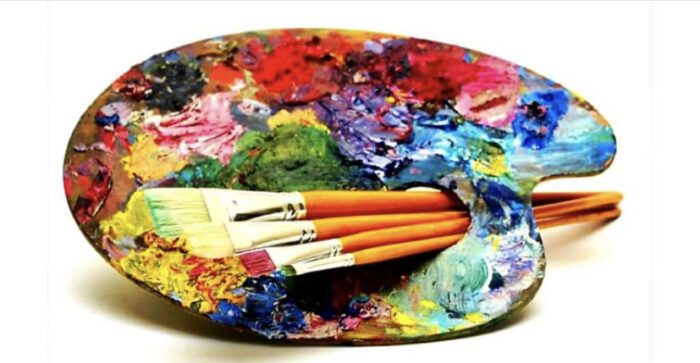 Flowing in the canyon below the Coquihalla Highway

Any small business owner knows how game-changing a

When hiking in the snowy wonderland of wintertime

Visit the Cache Creek Grubstake for all your groce

After enduring the rigors of the Harrison-Lillooet

Visit Lillooet’s Country Store for all your esse

The most famous “last spike” in British Columb

Seed to culture is a green grocery store located in Lillooet, BC offering locally grown produce, meat, pickled and fermented goods, seeds, & more. Seed to Culture features a unique catalog of fermented foods that cannot be found anywhere else.Reviews retrieved from google reviews:Karen Wylie | 5/5 stars 2 years ago“Seed to Culture has effectively raised the bar for all foods fermented. The fine attention to detail and appreciation for how flavours combine with the zesty tang of fermentation cannot be found anywhere else. I highly recommend any of their products, my favourite is any of the many flavours of sauerkraut.”Mischa Farivar | 5/5 stars 3 years ago“Fresh local produce and fantastic kombucha! Places like these are important and this ones a total gem.”Johnny K | 5/5 stars 8 months ago“Love this place!”Visit Seed to Culture at 633 Main st (beside the Post Office) Lillooet BC 10-5 Tues.-Fri.www.facebook.com/seedtoculture/Village of Ashcroft | Love Clinton | Village of Cache Creek | District of Logan Lake | Savona Activities | Lillooet, British Columbia #SupportLocal #ExploreBC #ExploreGoldCountryBC #Geocaching ... See MoreSee Less

Brittle prickly pear cactus typically grows in in groups or clusters, sometimes layering over each other. Each having an oval shaped, fleshy, but flat pad that is bright green in colour. These pads, which are stems or branches, are succulent like and can grow from 5cm to 10 cm tall individually. The pads of the brittle prickly pear cactus are covered with areoles that have whitish to yellow bristles and up to 4 spines that may be up to an inch long from each areole. In late June, after the rainy season has swollen the stems, the prickly pear cactus produces a delicate yellow, orange, peach, or pink flower blossom with red stamens in the center.The prickly pear cactus is the only cactus native to several provinces of Canada, with an isolated species in Ontario. The brittle prickly pear cactus can grow farther north than any other cactus. It can be found as far north as Fort Saint John! They prefer to grow in sandy and rocky, or gravelly soils with arid conditions showing up on dry plateaus, in open forests, and on the sloping hillsides and plains of the British Columbia Interior.The brittle prickly pear cactus stems swell with water they absorb from their arid environments and are edible after removing the spines and seeds. They can be eaten raw or cooked and their flavor can be bland but may also be sweet or sour. The flesh from this cactus can be dehydrated for long term storage and the seeds were often dried and then pounded into a flour to be used in cakes by Interior Indigenous peoples. The cactus reproduces when stems detach from the parent plant root and clone themselves. Animals and people help disperse the plant when brushing up against the spines of the cactus, pads break off the parent plant and will catch a ride with their host to a new location where it will root.The brittle prickly pear cactus was eaten long ago by Indigenous people of the Interior. The cactus would be singed over an open fire to remove the spines, then the pads would be stewed, roasted, or pit cooked. Cactus soup was made from boiling fats and prepared cactus pads together. Juice from the cactus was sometimes used as an eye medicine or as a diuretic. The inside of the cactus pads would be mashed up and then mixed with pine pitch to produce a poultice used on skin infections and sores. The prickly pear cactus spines were sometimes used as needles for piercing ears, or as fishhooks when 2 spines were bound together with pine pitch and Indian Hemp.Interesting Facts: Brittle prickly pear cactus is known as good famine food. An Okanagan narrative tells how the Salmon threw cactus onto the prairie and stated they would be food for the coming people. It is an extremely cold tolerant plant, growing almost to the arctic circle, hibernating through the winter. The prickly pear cactus is also fire tolerant, and can sprout from the root crown, and from the pads, that are buried and protected from the fire. The spines of the cactus help prevent moisture loss. Mice could be prevented from accessing food caches by placing a ring of brittle prickly pear cactus around the poles. It is said that when the cactus blooms, it’s time to pick the saskatoon berries.Medicinal plant information is for historical information only. Gold Country Communities Society is not encouraging harvesting of native plants for food and/or medicine.Village of Ashcroft | Love Clinton | Village of Cache Creek | District of Logan Lake | Savona Activities | Lillooet, British Columbia #WildlifeWednesday #ExploreBC #ExploreGoldCountryBC #Geocaching ... See MoreSee Less

Congratulations to our Gold Country Community of L